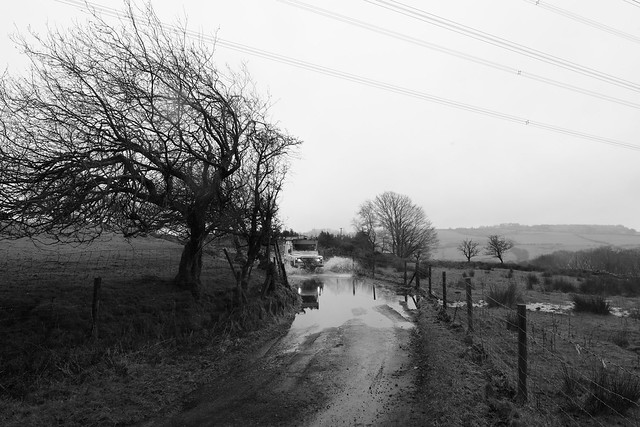 So another gale with yet another forgettable name is due to hit Britain. The river is in spate again and I’ve watched as the torrential downpours have discoloured the flood waters. The colour is determined by the level of soil, among other things, that is being carried from the land and hills that surround us. The colour of the river is an indicator of the continuing depletion of the lands soil and nutrient. The calls to slow the flow of rivers during periods of prolonged and heavy rain is important not just because of its impact on the towns and villages “downstream” but also on the long term health and sustainability of the soil and land on which we depend for so much. The need for tree planting on the hills is just one aspect of what needs to be done. But the campaigns focus on flood prevention misses something of equal if not greater importance. Soil loss and deprivation of soil health. The “importance of the soil and its health” has been raised over the past year. It seems odd that it’s felt that this has been “overlooked”.

I come from a long line of growers, people with a love for growing and an understanding of the soil from which they grow. My father didn’t originate from Wales but growing here he understood that the “leaching” of nutrient had an important impact on the vegetables he grew and the concern for the health of his children. He had a soil analysis undertaken at a time in the 50’s when allotment holders didn’t think of such things. He was advised that the soil was depleted of magnesium but that an antidote grew on the hillside surrounding our village and the allotment – bracken. There was a proviso that the bracken had to be cut before the plant “spored” to avoid the toxicity and carcogenic properties of the plant. So every year my father and I set about harvesting bracken from the hillside with nothing more than a pair of sickles and hay forks to carry great heaps of it hoisted above our shoulders down from the hill. We would then make compost heaps and allow it to break down until the following spring when it was dug in. I know that hill farmers traditionally used bracken for bedding cattle through winter as a readily available source rather than with knowledge of its positive contribution to the soil. But a practice that seems to be forgotten now.

Even today I was talking to a young gardener about the importance of straw and its action in laying down a “memory” for the soil to hold water. It’s not just important to mulch above ground to retain moisture but what’s introduced below ground too! One of the dilemma’s I consider when thinking of the positives of digging as opposed to non-digging and raised bed growing methods. And one of the many lengthy discussions I had over the years with my mother in law Pauline Anderson another “great grower”.